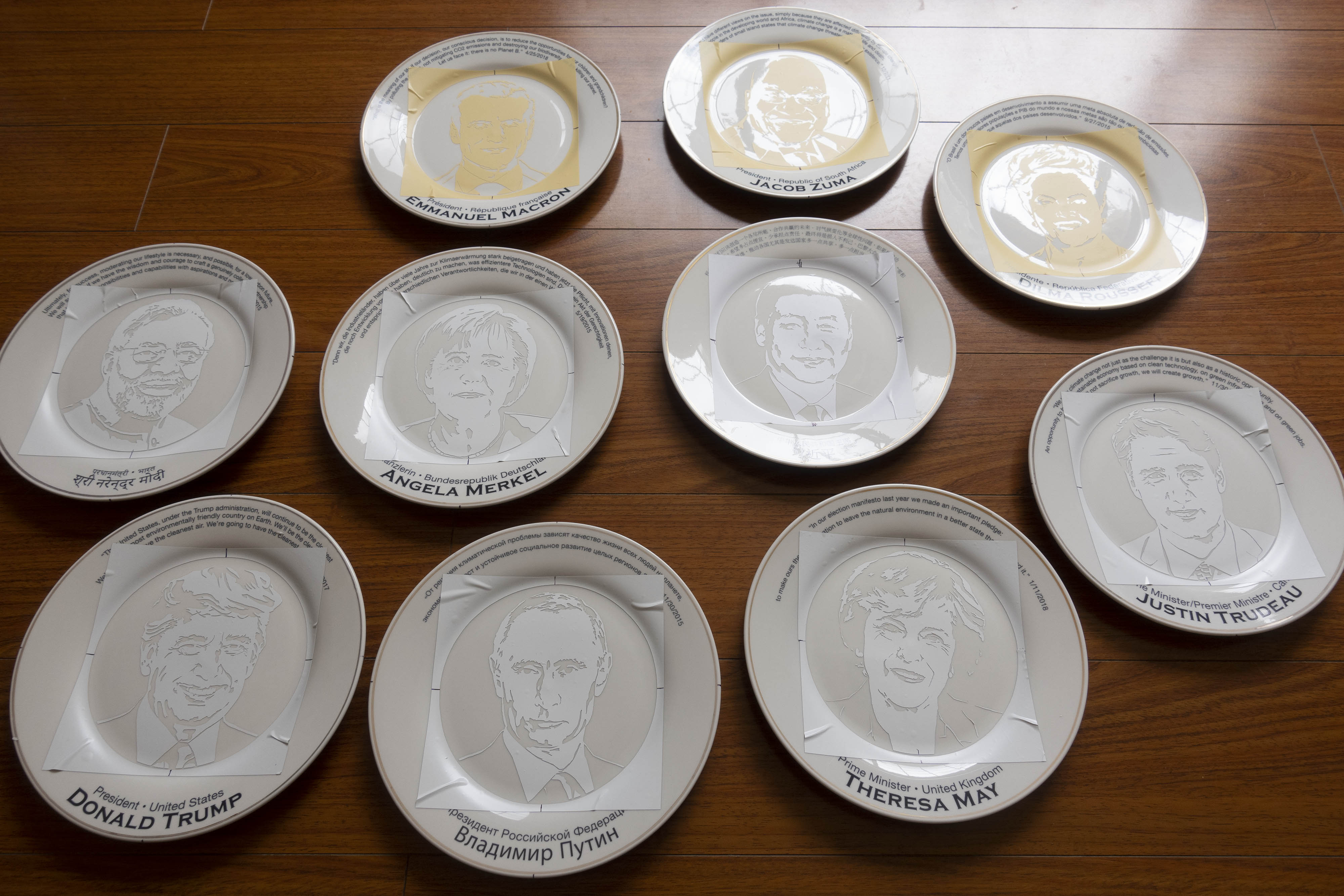 The Smog Collectors are included in an exhibition at the Garage Museum of Contemporary Art in Moscow entitled, "The Coming World: Ecology as the New Politics 2030-2100".

Kim Abeles makes the works in her ongoing series Smog Collectors using time and city smog. Since 1987, the artist has been leaving objects partially covered with stencils in the open air. Over the course of a few days or weeks, smog particles from the polluted city air settle on the object in a dense layer and make the stencilled image visible. For the exhibition at Garage, Abeles used the smog in Moscow to produce several portraits of world leaders, featuring their quotes about the environment.

Smog Collectors make visible the air we breathe. Today the word “smog,” coined in 1905 in London from “smoke” and “fog,” refers to the global problem of air pollution in big cities, from London and Beijing to Los Angeles and Moscow. In 1992, Abeles exhibited a series of thirteen plates featuring smog portraits of American presidents and their quotes about the environment or industry. The length of each plate’s exposure to smog corresponded to the president’s environmental record. With her series for Garage, Abeles has taken her ecologically-engaged practice to the international level.

Link here for more information about the exhibition. 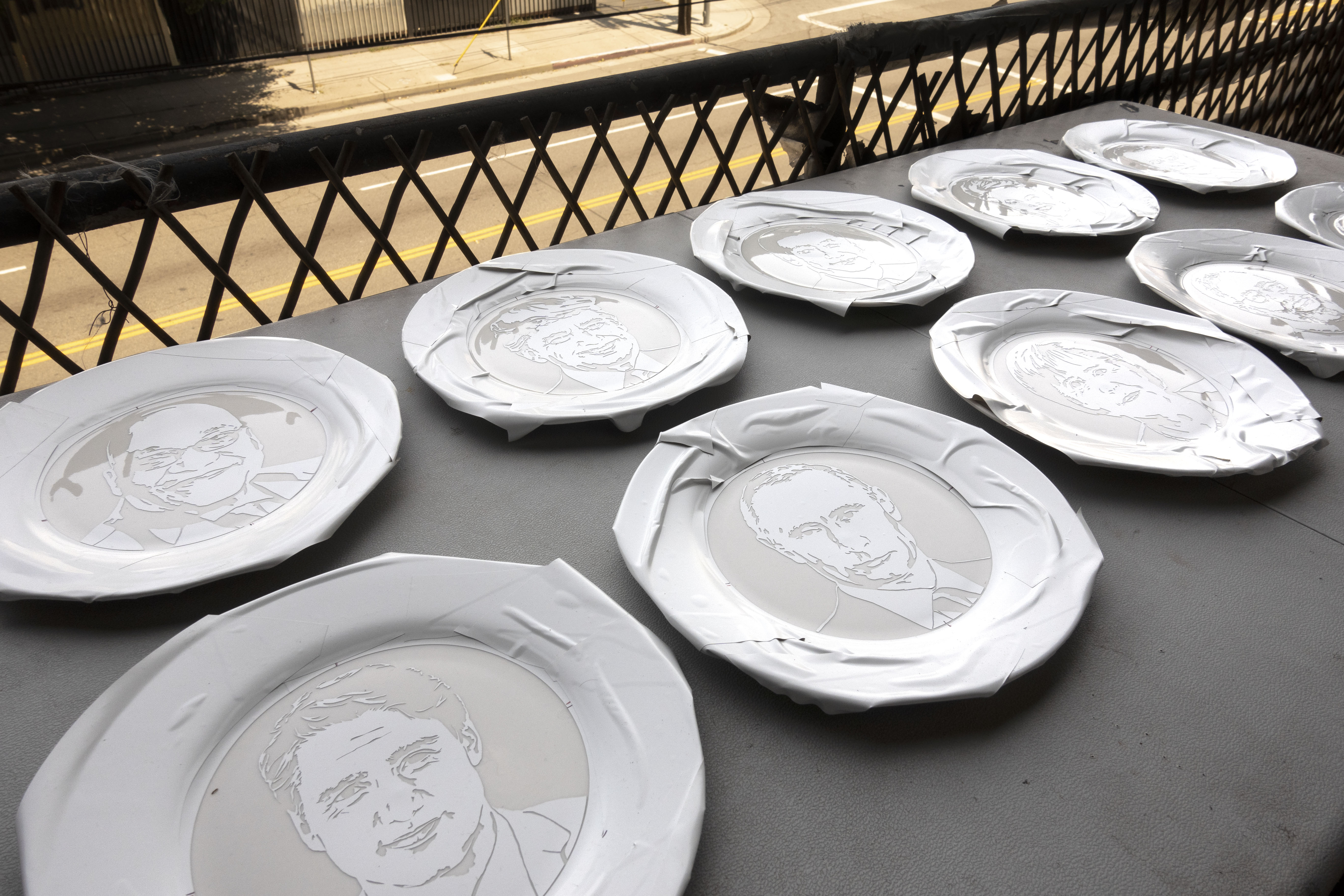