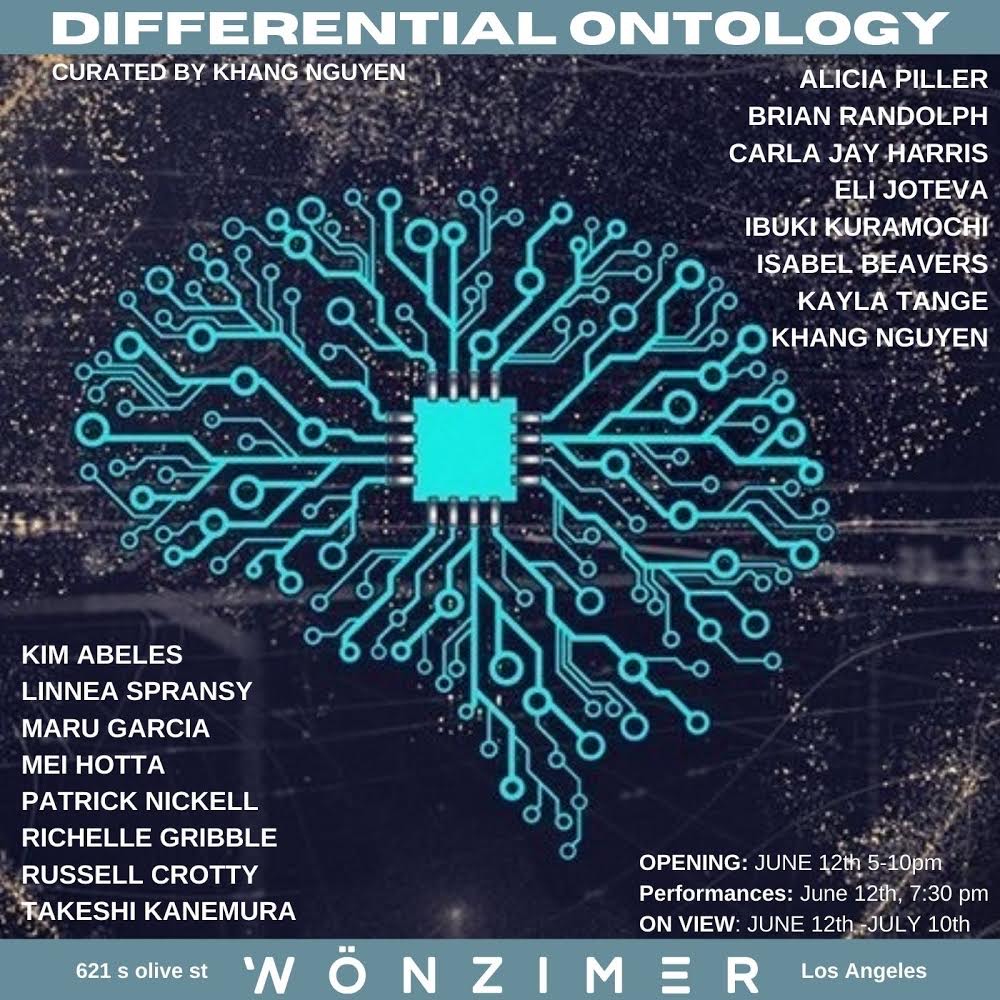 Wonzimer is thrilled to present Differential Ontology, a group exhibition that investigates how the sense of self is constituted in relation to otherness.  Notions that define the self as wholly self-contained and isolated are thus called into question.

This exhibition investigates how the inner nature of phenomena is constituted by complex interrelationships.  It asks certain ontological questions, such as “Is the inner nature of beings composed of homogeneous elements (identity) or heterogeneous ones (difference)?”  “Is difference simply an external fact between beings or is it constitutive of their very inner nature?”

Through the lenses of the concept of “differential ontology”, certain aspects of these questions can come to light.

Differential ontology examines the inner nature of beings by developing a concept of difference as constitutive and foundational, rather than thinking of difference as merely an observable contrast between self-identical beings.

In contrast, the essentialist tradition attempts to determine the inner nature of beings by locating certain self-contained and self-identical properties.  To think in this way, however, presumes that each being’s inner nature is constituted on its own and apart from any other beings.  Difference is thought in substantive terms, as though it is simply a dissimilarity between two beings existing in and for themselves.

Therefore, difference, or the constitutive nature of the differential relation to alterity, is originary, while identity is delusory.  If ontological investigation desires to adhere to its project of arriving at the most basic, fundamental understanding of the nature of existence, perhaps one of its objectives will need to be attaining concepts not on the basis of identity, but on difference.

“Differential ontology” is a term that may be found particularly in the works of Jacques Derrida, Gilles Deleuze, process philosophy, and the ideas of “emptiness” and “dependent origination” in Buddhism.

For further information and press inquiries,

The gallery is located at 621 S. Olive St., Los Angeles